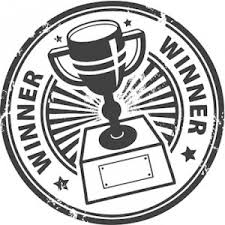 Here’s a list of writing contests and competitions for authors:

•The National Book Critics Circle Awards: Each year the National Book Critics Circle selects awards in six categories: Fiction, General Nonfiction, Biography, Autobiography, Poetry, and Criticism. The board divides itself into committees for each category, which are responsible for nominating books to be considered in each category. Any title that is championed by a particular board member is placed on a master list for consideration by other board members…Read More

•The Newbery Medal: The Newbery Medal was named for eighteenth-century British bookseller John Newbery. It is awarded annually by the Association for Library Service to Children, a division of the American Library Association, to the author of the most distinguished contribution to American literature for children…Read More

•The Caldecott Medal: The Medal shall be awarded annually to the artist of the most distinguished American picture book for children published by an American publisher in the United States…Read More

•Hugo Award: The Hugo Awards, presented annually since 1955, are science fiction’s most prestigious award. The Hugo Awards are voted on by members of the World Science Fiction Convention (“Worldcon”), which is also responsible for administering them…Read More

•The Pulitzer Prize for Fiction: The site will open for new entries in…Read More

•Dan Poynter’s Global eBook Awards: Judges for the Global Ebook Awards select the categories of ebooks in which they have an expertise and want to read. They are avid readers who voluntarily come to your ebook…Read More

•The Autumn House Press Award: Since 2003, the annual Autumn House Poetry Contest has awarded publication of a full-length manuscript and $2,500 to the winner…Read More

•The Hemingway Foundation/PEN Award: The late Mary Hemingway, a member of PEN, founded the award in 1976 both to honor the memory of her husband, Ernest Hemingway, and to recognize distinguished first books of fiction. The award is funded by the Hemingway Foundation and PEN New England. In addition to $10,000, the winner also receives a one-week residency in The Distinguished Visiting Writers Series at the University of Idaho’s MFA Program in Creative Writing..Read More

•The Nautilus Book Award: The Nautilus Awards represents “Better Books for a Better World.” Now in its 15th year, this unique book award program continues to gain prestige with authors and publishers around the world as it seeks, honors, awards and promotes print books that inspire and connect our lives as individuals, communities and global citizens…Read More

•Bookfestivals.com Awards: The Beach Book Festival has issued a call for entries to its annual program spotlighting the hottest reads of the upcoming summer season…Read More

•The National Indie Excellence Book Awards: The National Indie Excellence® Awards (NIEA) was created to help establish self-publishing as a proud, legitimate, and strong facet of the publishing industry. As a winner or finalist you can highlight your award on your marketing materials. You can also both download the seal to print on your book and order stickers to put on each book you have already printed. Award stickers will be available for purchase as well as Certificates…Read More

•The Independent Book Publishers Association’s Benjamin Franklin Awards: The IBPA Benjamin Franklin Awards, which include fifty-five categories recognizing excellence in book editorial and design, are regarded as one of the highest national honors for independent publishers. The Awards are administered by the Independent Book Publishers Association (IBPA), with help from over 160 book publishing professionals including librarians, bookstore owners, reviewers, designers, publicity managers, and editors…Read More