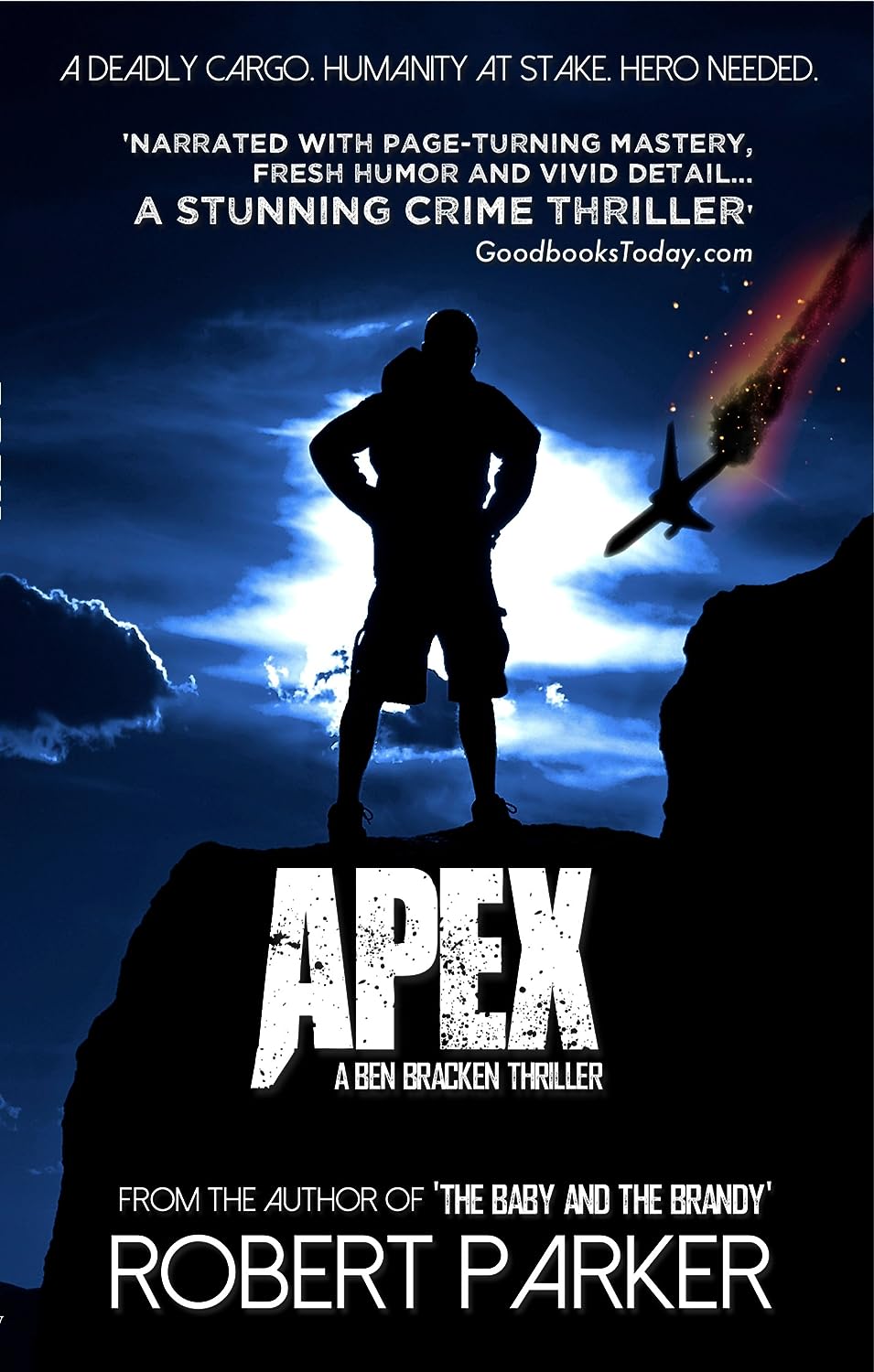 “Apex” by Robert Parker is a knuckle-biting crime thriller that will have readers hanging to the edge of their seats. And no wonder – Apex is sequel to the Amazon Crime Fiction Top Ten Bestseller, “The Baby and the Brandy”. Robert Parker has proven himself a skilled crime fiction writer with both books, both of which follow the adventures of Ben Bracken, a charismatic patriot with the skills of the Navy SEALs, or as he refers to himself, a vigilante ex-solder.”

Ben Bracken – sarcastic, witty, strongly patriotic. Despite having been thrown into jail, and wrongly so, Ben breaks out of it only to save his nation from a mysterious threat looming in the skies. A plane carrying a cargo that someone – someone powerful – is trying to intercept has just crashed into the sea, and Ben was there waiting for it. However, the plane turns out to be empty, except for one lady passenger who is missing her head. Why, and how, was she beheaded? What was the plane carrying that is so sought after?

What follows is an action-packed thriller in which Ben Bracken has to chase answers, be chased, hide, kick drowning in the face, and battle snakes, just to name a few. A healthy dollop of forensics and science comes into play when Amina, a talented doctor, joins Ben on his hair-raising adventures.

But can Ben really trust his friends and the people he works with? Are they truly concerned about Great Britain’s safety… or is there something else?

Narrated with page-turning mastery, fresh humor and vivid detail that brings the world of Ben Bracken to life, Apex is a stunning crime thriller that will no doubt accompany its companion book at the top of the bestseller lists. Fans of fast-paced crime thrillers will not want to miss this wonderful installment to the Ben Bracken series. – GoodbooksToday.com Reviews

Start reading “Apex: A Ben Bracken Thriller” by Robert Parker on your Kindle in under a minute.

AUTHORS
(Get Your Book Reviewed)