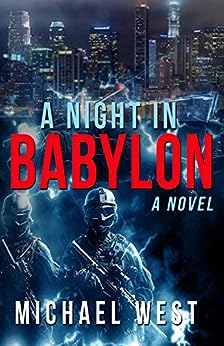 There’s a time to run, and a time to pick up a gun. Especially in the City of Angels, where the police are at war with the Stay Ready Soldiers, a militant group based in South Central…….Read More

The Boy in the Suitcase is a suspenseful crime thriller that follows the kidnapping of a three-year-old boy from the viewpoints of each of the adults that the abduction affects. The reader is able to simultaneously witness the mind of the bereft and desperate mother of the child, the less than compassionate abductor, the mysterious benefactor of the crime, the woman who gets wrapped up in the whole affair accidentally but with a heart that won’t let her walk away, and the man who wishes she would. The book provides access to the inner thoughts of the main characters, which are immediately endearing, and startling in their ferocity. What results is a dynamic portrait of a crime from the motivation to the casualties to the fear and strength of those who fight to right the wrong.

As the story unfolds from so many different angles, the reader cannot help but be invested and engaged. Even the worst of the characters has enough background and emotional depth to force the reader to view him as a real, fleshed-out person, and this is an impressive literary feat. Additionally, the writers adeptly describe gruesome displays, powerful inner turmoil, and uncomfortable situations with equal vividness, causing readers to squirm as they feel what the characters are feeling in each passage. Finally, and most importantly for any novel with aspirations in the crime genre, the authors are more than able to build the tension and drama of a scene to an almost unbearable point. The full story only unfolds piece by piece, and until it is finally put together in the powerful conclusion, readers will be kept in a perpetual state of delightful suspense.From shocking murder scenes to haunted pasts, Lene Kaaberbol and Agnete Friis have crafted a thrill-packed story that will keep readers chained to the pages until the emotional end.

It was clear which room he was going to. Two EMTs were wheeling a stretcher out of the room at the end of the hall. They moved quickly to the elevator, its door held open by a trooper. As the stretcher passed him, Ben looked down at a young woman, maybe in her twenties, unconscious, her face badly beaten. The girls blond hair was matted with blood that had not yet dried. A macabre combination of blood and lipstick covered her face. The sheet that draped her body was stained red where it touched her abdomen.

When beat cop Ben Grasso is called to the crime scene to taxi the suspect to jail, he is shocked to learn the alleged perpetrator is a fellow officer and not just any fellow officer, but a childhood friend.

Author Eric Collins novel starts us out in the middle of a crime scene. Protagonist Ben Grasso is a street cop who gets embroiled in a mystery so twisted it could end his life. Author Eric Collins did an excellent job capturing his readers attention. The characters are colorful, believable and easy to identify with. Unlike so many new writers, Mr. Collins restricted his use of adjectives and adverbs as descriptives, instead focusing on the details, taking us through each scene as though we were there.

The setting takes place in Tremont, Boston, where the majority of the neighborhoods are Italian. The supporting characters were well written and full of color, especially Ben Grassos partner, Dina Greenbaum who is a former Israeli Intelligence officer.

This was an excellent book and I wouldn’t be surprised if Mr. Collins became known as the next John Sandford. I would recommend this book to all mystery lovers and look forward to reading Mr. Collins next work.