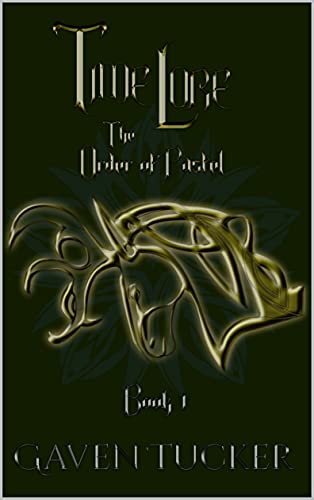 Kingdoms fall and are yet born again. History fades and is forgotten. Knowledge is burned and the memory of it is lost, And then who writes history as it was written? But those in whose mind there is opinion and prejudices…..Read More

J.R. Evangelisti’s book, The Stone Thread: First Chronicle is a tale of technology and mankind, but not in the usual sense. Here, man has created machine, and machine can do even more than human beings could have ever dreamt of doing on their own. They were designed to effectively take a look into the future, but a look into the very beginnings of the human race take the story in a very sharp turn. Scientific study becomes a fight between good and evil, and a struggle for one woman between sanity and falling into madness. The author tackles story telling, the very concept of man’s origin, and the idea of good versus evil in such a creative way that it is sure to please young adults and adults alike. Because of the story’s layered quality, avid readers of science fiction and lovers of detective stories will enjoy this piece. Those interested in historical fiction or Psychology may also wish to take a look for the scientific ideas and psychological questioning presented therein.

Suspenseful and gorgeously full with detail, the reader is led to feel the what the characters are feeling. When a character is running in fear, the audience runs right alongside that character. The Stone Thread is powerfully written and the senses become bombarded by these dynamic descriptions. That being said, it is not so flowery that the audience would lose sight of the plot.

Everything is neatly tucked where it belongs. No rambling tangents are found, and instead is only a concise, yet elaborate view of the story unfolding.Also, readers of romance may find a deep interest in the interactions between the characters Doug and Elizabeth. Elizabeth is intelligent and loves words. Words can be just as important as Earth shattering asteroids in a world organized by computers and run by The Council, and Elizabeth plans to prove that. However, her evidence is scattered all over the world and securing it means falling into a myriad of complications beyond anything she had ever imagined. These complications go beyond the obvious expenses and risk to her job, let alone the risks Doug, her companion and employee takes. It is easy to feel for the characters, because while the reader is well aware of how the characters are feeling at any given moment, the reader is also privy to whom the character is. In a way, this story takes itself seriously enough to become truly personal to fans of the work. In this way, The Stone Thread goes far beyond expectations. The Stone Thread: First Chronicle by J.R. Evangelisti is worth picking up and purchasing, knowing a reader will then want what comes next in the series. It is a powerful introduction to the author for those who may not otherwise already know Evangelisti’s work.

The Amazon.com Gift Card Giveaway Sweepstakes is by sponsored by GBT Book of the Week: “The 5 Love Languages: The Secret to Love That Lasts” By Gary D Chapman. .

This Omnibus Edition collects the five Wool books into a single volume. It is for those who arrived late to the party and who wish to save a dollar or two while picking up the same stories in a single package.

The first Wool story was released as a standalone short in July of 2011. Due to reviewer demand, the rest of the story was released over the next six months. This is the story of mankind clawing for survival, of mankind on the edge. The world outside has grown unkind, the view of it limited, talk of it forbidden. But there are always those who hope, who dream. These are the dangerous people, the residents who infect others with their optimism. Their punishment is simple. They are given the very thing they profess to want: They are allowed outside.