The Mark of the Arverni
Igan Mich (Author) 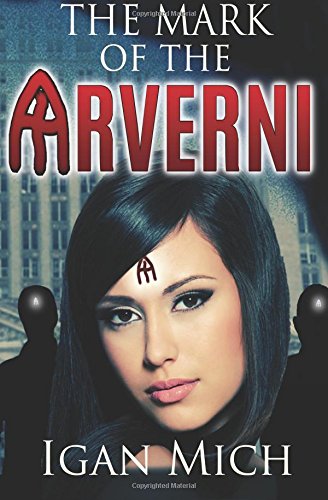 The ‘Mark of the Arverni’ tells the story of a girl named Xama who lost her mother and father at an early age and is struggling through life on her own. Shortly before her 16th birthday, Xama is haunted by strange nightmares. And then a mysterious mark appears suddenly on her forehead. It’s impossible to remove, and little by little, Xama realizes the mark is only the beginning of an unbelievable transformation. A transformation whose origins lie in the past – but which will change her future forever.

Step by step, Xama shines a light into the darkness of her history. She learns that she carries something within her that not only represents a new, mystical turning point in her own life, but also attracts attention from others as well. Together with her new friends, Xama travels a path that demands all of her courage and is fraught with hidden dangers, even as it brings her hope and confidence.

But where will her path end?

Start reading “The Mark of the Arverni” on your Kindle in under a minute.