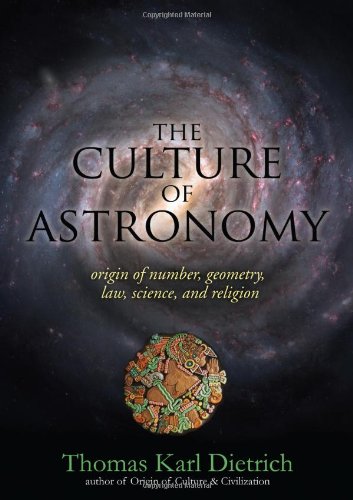 Astronomy, the first science, is responsible for myriad developments in the modern world. In ancient times, the shifts and changes occurring in the stars were used to explain all things. The relationships between the sun, moon, planets, and stars led to the development of scientific systems. Astronomy revealed the operations of the seasons and facilitated weather prediction leading to many of humankind’s advances.

But astronomy had magical as well as practical applications. Ancient people believed that the winter solstice sunrise brought a spiritual awakening to the material world. Astronomy also offers explanations for mysteries surrounding holy numbers and sacred geometry, formulating and answering questions about numerical references in the Bible and in ancient civilizations.

Here, Thomas Karl Dietrich explores astronomy’s impact on the world today, delving into the histories of many civilizations to explain the world as we know it and to raise new questions about what the future holds.