Not Where I Wanna Be
Sarantos (Author) 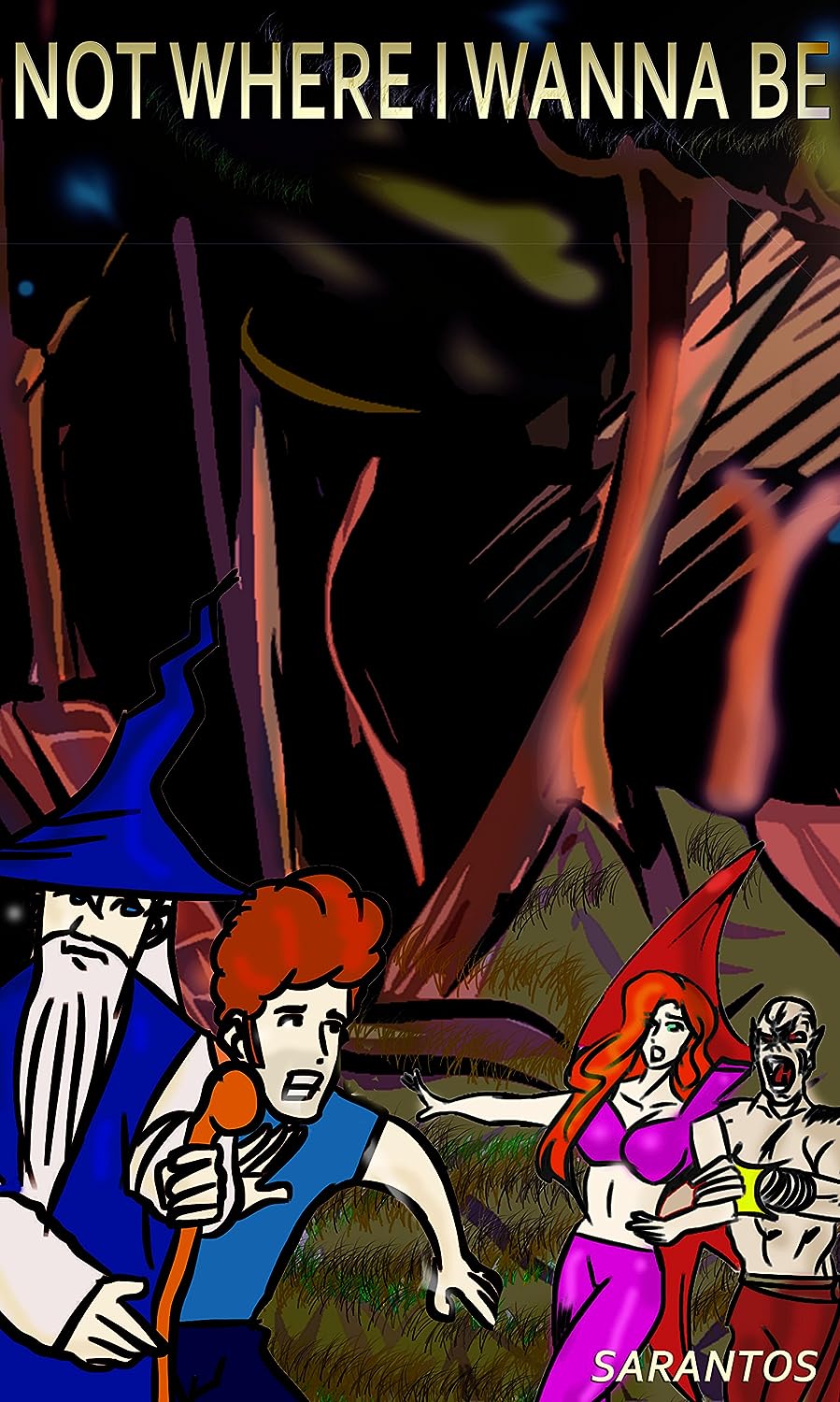 Sarantos is a solo music artist who started a unique journey in 2014 releasing a song, music video & book chapter every month. He plans on doing this every month until the day he dies. Although he is a singer-songwriter, his true passion is lyrics so Sarantos decided to do something no other musician has ever done before! He wrote this 1st fiction/fantasy book mirroring each chapter after the specific song released that month.

Sarantos has been writing lyrics since he was in the 4th grade and was always mesmerized by words. So Sarantos decided to do something no other musician has ever done before! He wrote his 1st fiction/fantasy book in 2014 but decided to raise the bar. The book is titled “Not Where I Wanna Be” which is the exact same title as his 1st CD. Additionally, Sarantos thought it’d be fun to mirror each chapter after the specific song released that month.

This is the story of his fantastic journey. Come along for this unusual adventure and prepare to be surprised at every turn.

Sarantos unique sound has been best described by industry insiders as “an emotionally powerful vocal style masterfully united with music that is a fusion of classic 80s rock blended with modern soft rock and pop music!”

In this fiction/fantasy book, Sarantos is a young human male born on Earth, but currently residing in the home of Wallis on the world of Yarrowtopia. He is 30 years old with dark curly hair and a sensitive nature. He writes lyrics and plays guitar. He is being taught by Wallis on the skills of using magic, which he converts into lyrics and sings his spells like a bard of old. He started a band in this new land. He is in love with Leigh and is best friends with Brad. He has traveled from where he didn’t want to be to where he wants to be via a message from a dream. Mika, rescued him and brought him to a world where he found his one true love, Leigh. He loves singing and enjoys his band while still appreciating the luxury of a shower on his new world, which he incorporated to work with the help of Wallis. Little did he ever realize…Read More

Start reading “Not Where I Wanna Be” by Sarantos on your Kindle in under a minute.

Not Where I Wanna Be
Sarantos
ASIN: B00TL4EBN8