How the Stars did Fall
Paul F Silva (Author) 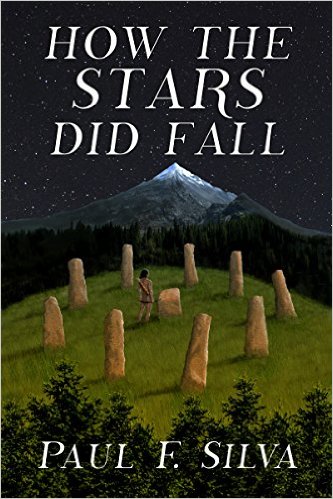 San Francisco has fallen. A militant cult, whose leader is known only as the Good Man, has taken the city. The Union begins to assemble its forces to take back the city and Daniel, one of the Good Man’s most trusted acolytes, must organize the defense. But with the city’s coffers depleted, Daniel must find the funds to buy weapons and ammunition.

Daniel’s brother, Faraday, proposes a heist. Together they set out to rob the estate of an old magnate whose fortune, made during the gold rush, is kept in the cellar of his mansion. However, Faraday wants the gold to pay for his father’s considerable debts, so Daniel must choose between loyalty to the Good Man and his family.

The consequences of that choice force Faraday on a path that will take him across half the state. On the way, he encounters a machine that extracts gold from water, an indian settlement that hides an ancient secret and a dark magician whose intentions are unclear.

At the same time, he must come to terms with a newfound power: he can step into another plane of consciousness and see things that are far away and find whatever he wants. He uses his power to find his sister, Olivia, who ran away from home. She, too, has been a given a gift. She can manipulate water in any way she desires.

Eventually, they realize a cosmic struggle is occurring between forces they do not understand and that, like it or not, they have a crucial part to play in the unfolding events.
Start reading “How the Stars did Fall” by Paul F Silva on your Kindle in under a minute.