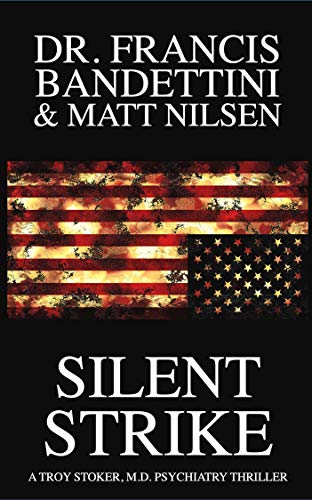 While completing his special operator training in the Mexican desert, psychiatrist, Troy Stoker, M.D. encounters a group of Shiite combatants. They are only days away from making their clandestine insertion into the United States. After a firefight, he uncovers a weaponized bacterium, poised to strike the United States. Stoker teams up with his mentor, Colonel Rivera to hunt down the source of the bacteria. With blood on their hands, Stoker and Rivera leave Mexico and follow yet another group of extremists into the United States. His tenacity uncovers a second silent strike—one that could bring America to its knees.

The medical data in the book is scarily accurate and I can only hope that our government has taken the necessary precautions to prevent such a disaster. I also found it fascinating that we may have an efficient and effective lie detector that should be used by law enforcement. Scary book but fascinating. – Amazon.com Review